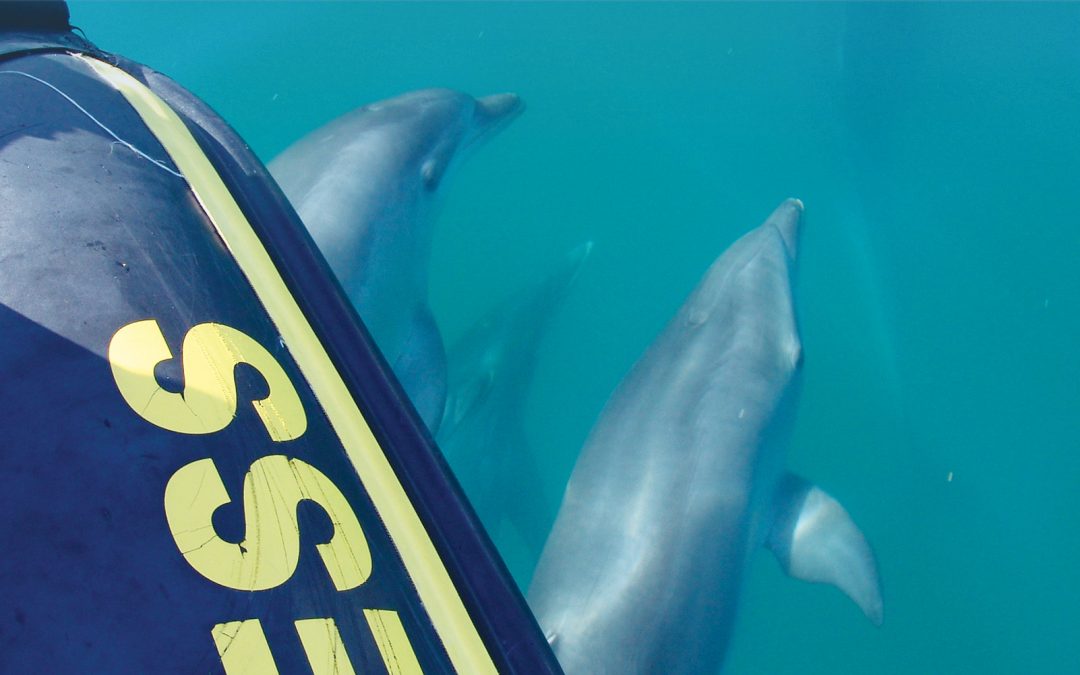 For those who aren’t so aware, bottlenose dolphins are a medium to large sized dolphin, that can be found throughout tropical and sub tropical environments around the world. Below we have selected a few curiosity topics about these intelligent mammals.

These bottlenose dolphins are known for their high level of intelligence, curiosity for humans aerial acrobatics. This species is so intelligent in fact, that studies conducted have shown possible interaction and even cooperation between dolphins and humans. The investigating studies and research conducted on the cognitive abilities of these dolphins have shown sensory skills, comprehension of an artificial language, memory, self-behaviour, discrimination and matching, comprehension of pointing gestures (both from their species and humans), mirror-self recognition and even understanding of numerical values. Bottlenose dolphins have the second largest encephalisation levels of any mammal on Earth (humans have the largest), sharing close ratios with those of humans and some great apes, which likely contributes to their high intelligence and emotional intelligence.

Bottlenose dolphins typically vary from dark grey at the top near the dorsal fin to very light grey, almost white, at the underside. This countershading makes them hard to see when swimming. Adult dolphins range from 2 to 4 meters (6.6 to 13.1 ft). Unlike in other dolphin species, the male bottlenose dolphins are slightly longer and considerably heavier then the females in these species. They can live up to 40 years and they can also jump a height of 6 meters (20ft) above sea level.

Their eating habits consist of fish, squid and crustaceans. While they do have teeth, they only use them to grab their pray, but swallow their food whole. Bottlenose dolphins are also known to have been found working in groups during hunting periods.

Because dolphins are mammals, they must surface to air to breathe, so if in case of danger, they could drown if caught in a fishing net. They can store almost twice as much oxygen in proportion to their body weight as a human can, enabling this species to be able to remain submerged for up to 20 minutes. They also breathe while “half-asleep”. Their sleeping cycle lasts for about 8 hours, where they remain near the surface, swimming slowly or “logging” and occasionally closing one eye.

Here at AlgarveXcite we pride ourselves on being environmentally responsible, as we are Licensed for CETACEANS Observation Activities and we have also created our own code of conduct and guidelines so as to not disturb these beautiful creatures in their natural habitat.

We hope yo see you soon!